One of the most crucial components of a successful, rejuvenating workout is the music you listen to. The right kind of music can release endorphins, adrenaline, and even increase your heart rate to keep you in the headspace to push through your workout. Any workout fanatic knows that there is nothing worse than a ‘stale’ playlist where you find yourself hitting “next, next, next” until you finally just settle for a song. No worse way to lose time and momentum! At The Handle Bar, we’re constantly aiming to mix up our playlists and keep you motivated and entertained. We thought it would be fun to highlight some new artists who might just be making waves (and riding them) into the 2014 Spring. 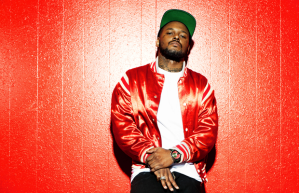 Schoolboy Q – After signing his first major label with Interscope Records in 2011 he released his first independent album entitled Setbacks. After reaching number 100 on the US Billboard 200 chart, he is now said to release an album in 2014. With remixes of old songs, his own originals, and collaborations with artists such as Kendrick Lamar, his music is a combination of Rap and up-beat tempos. Definitely good for that fast jog in 3!

Sam Smith – This British artist began his rise to fame in October of 2012. You may not have heard a lot from him this year, but you can expect to hear a bunch in 2014. With songs similar to his most well- known single “Latch” you can be sure to stay motivated with this music playing through your headphones. He is scheduled to release his first studio album with Capitol Records entitled In The Lonely Hour on May 26th, 2014. This album will features you may have already heard, including “La La La” and “Money on my Mind.”

Azalia Banks – This 22 year old New York native and graduate of La Guardia High School of Performing Arts has released on twitter that she is going to leak her new album on April 15th of this year. You may have heard her song ‘212’ in “The Heat” starring Melissa McCarthy and Sandra Bullock, but that certainly won’t be all. This album entitled Broke with Expensive Taste will be the debut album for this young artist.

FKA Twigs – This UK native has been described as, “The UK’s best example to date of ethereal, twisted R&B.” After releasing her second EP on “Young Turks” on September 10th 2013, she is definitely one of the front-runners on the “artists-to-watch” list for 2014. This British ballet dancer-turned-musician fuses hip-hop and techno to create her darkly themed yet catchy tunes. 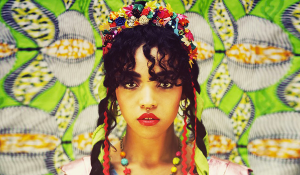 Rich Homie Quan – Not quite a household name yet, however this hip-hop artist has been on the rise since 2012. His most popular single “Still Goin’ In” in 2013 spring-boarded him to work with well-known artists on their singles such as YG’s “My Ni—a.” His debut album do

es not have a set release date but is said to be about 30% done at this point in time.

Check out some tracks by these artists-to-watch and let us know who you have your eye on this season. We’re ALWAYS taking requests. See you in the saddle!